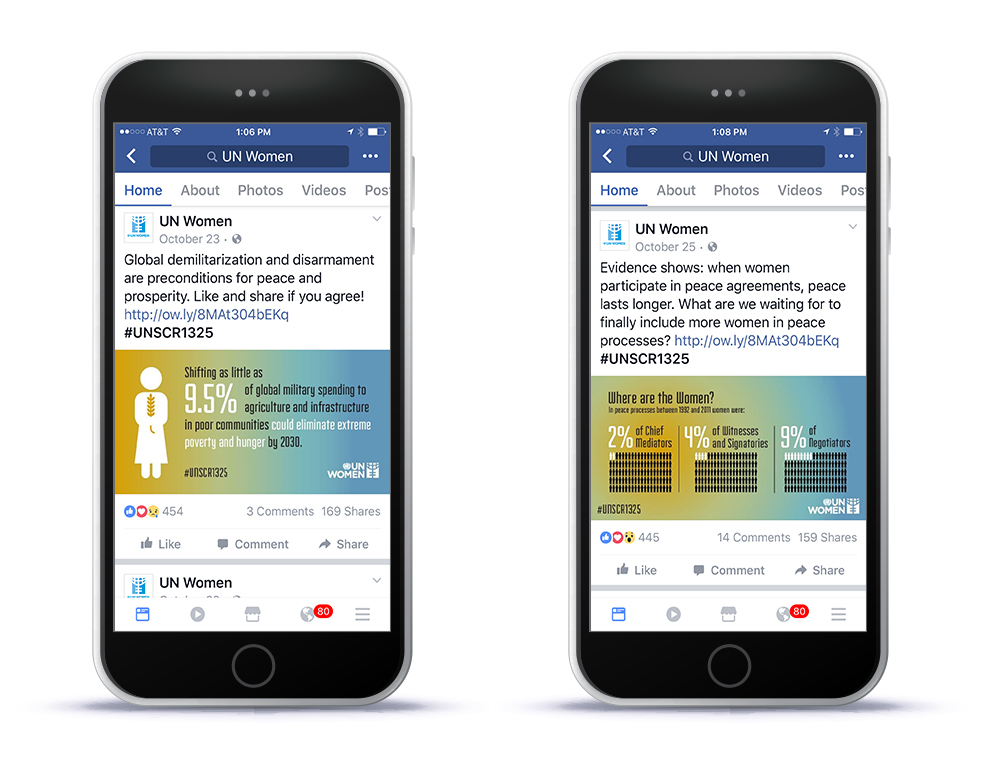 THE ROLE OF WOMEN IN WAR AND PEACE

United Nations Security Council Resolution 1325, adopted in 2000, is a landmark legal framework that addresses the inordinate impact of war on women and the pivotal role women play in sustainable peace. To mark the 15th anniversary of the resolution and raise awareness of why it is so critical in today’s changing world of warfare, where woman are targeted and excluded from the peace process, we worked with the UN to create a stand-out social media campaign.