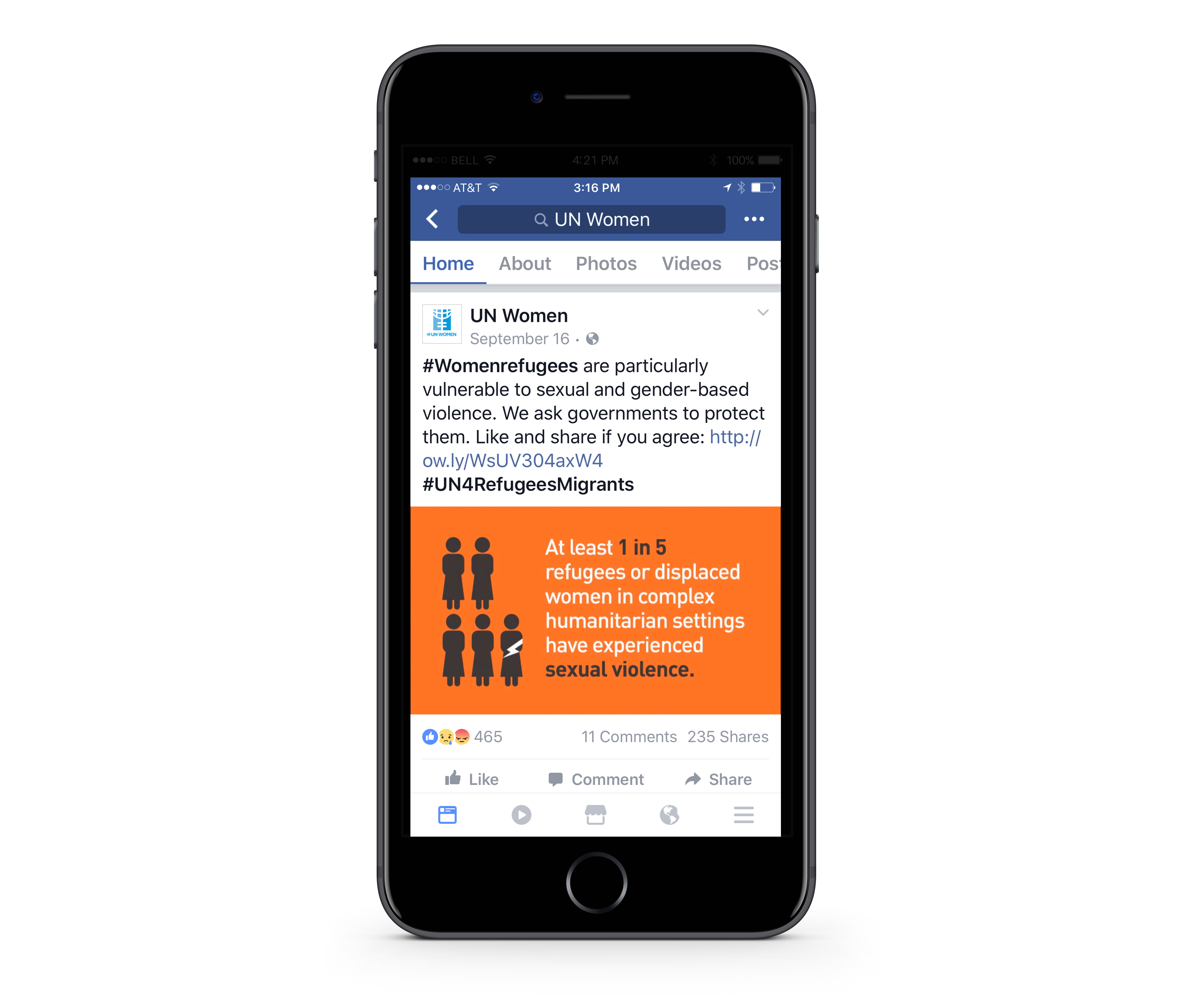 With over two million followers on social media, UN Women has a broad, global community. That means they not only have a captive audience, but they must create continual content to shine a light on their key areas of focus. We work with UN Women to create social media campaigns that will grab attention and spread the word through sharing and reposting.

The #ShareHumanity campaign was created to inspire a greater sense of responsibility, solidarity and social activism, and to coincide with World Humanitarian Day. UN Women’s campaign focused on gender inequality in humanitarian action, crisis situations and refugee populations. We created a series of animated .gifs that play as 12 second loops when in social media feeds. For the  “Gender Equality: Where Are We Today?” campaign, we created a poster for web and print that could be broken into modules for social media. 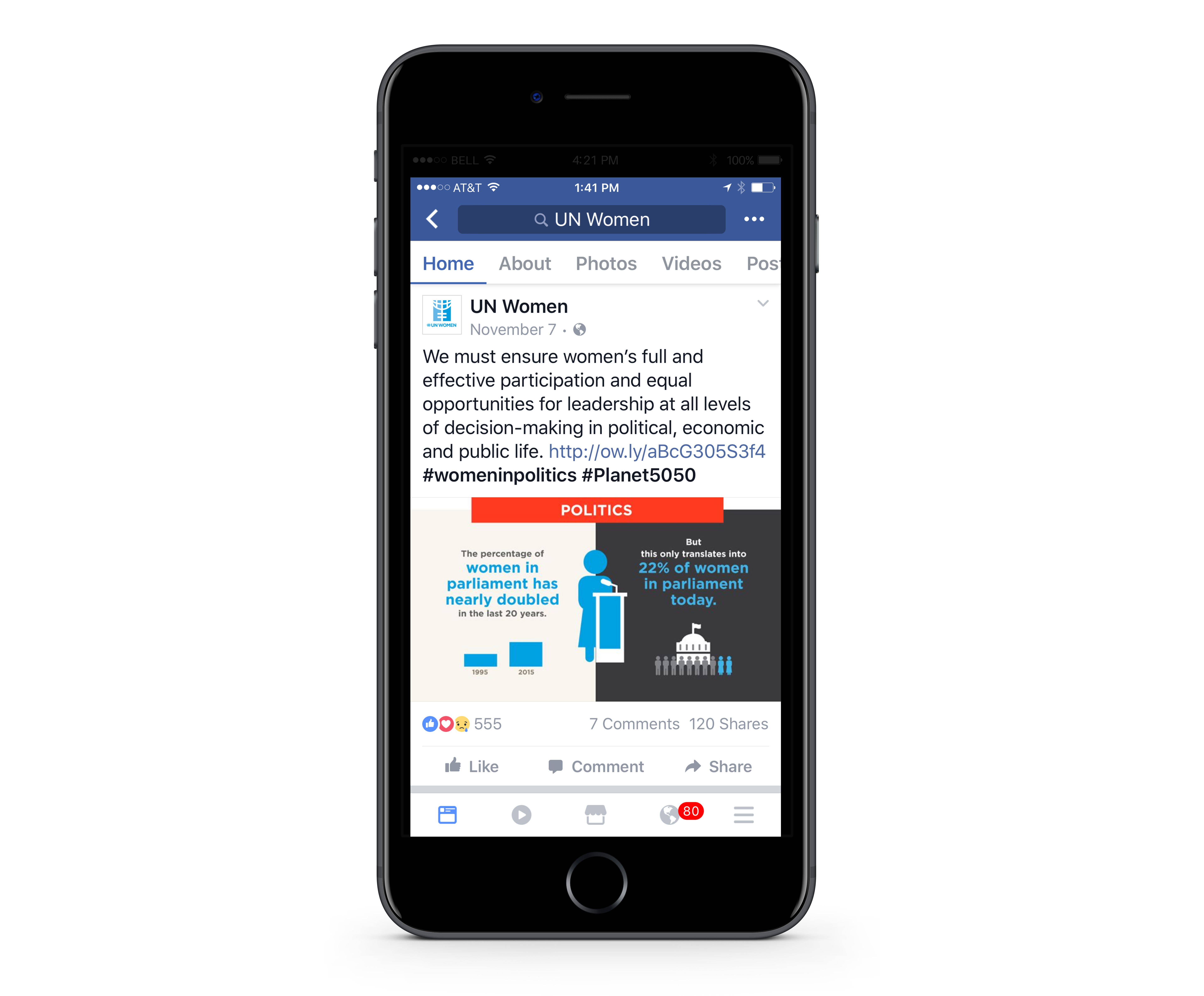 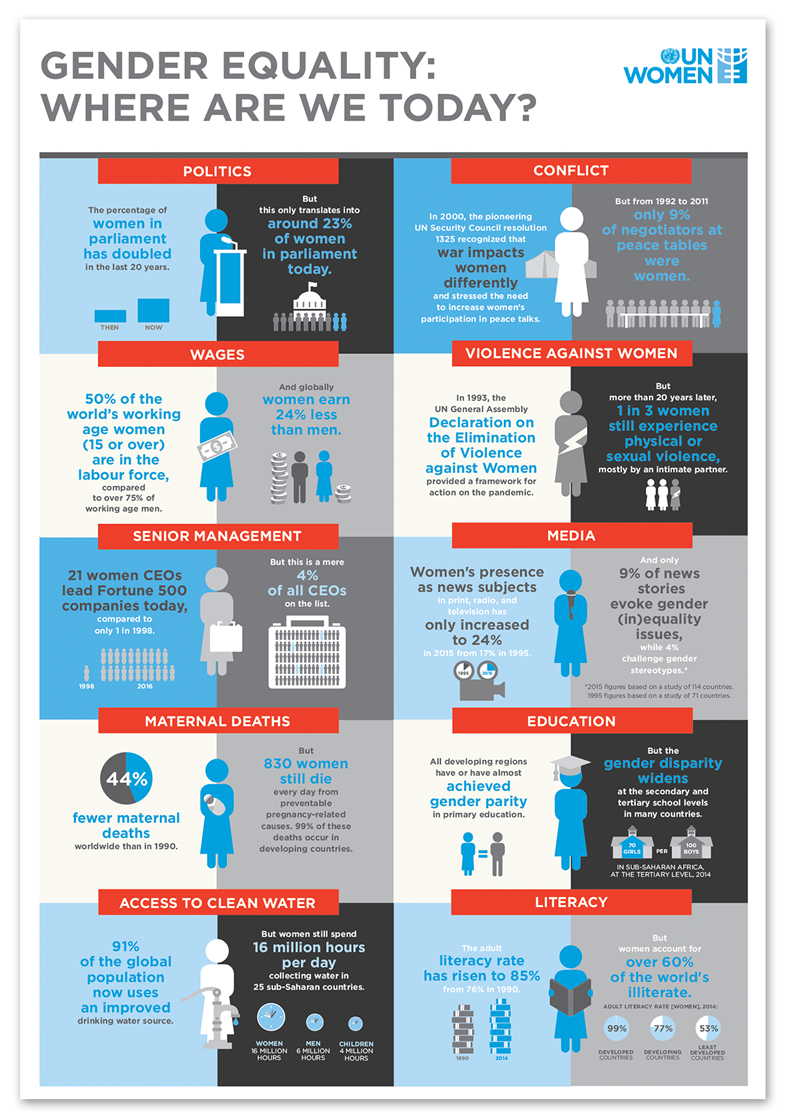 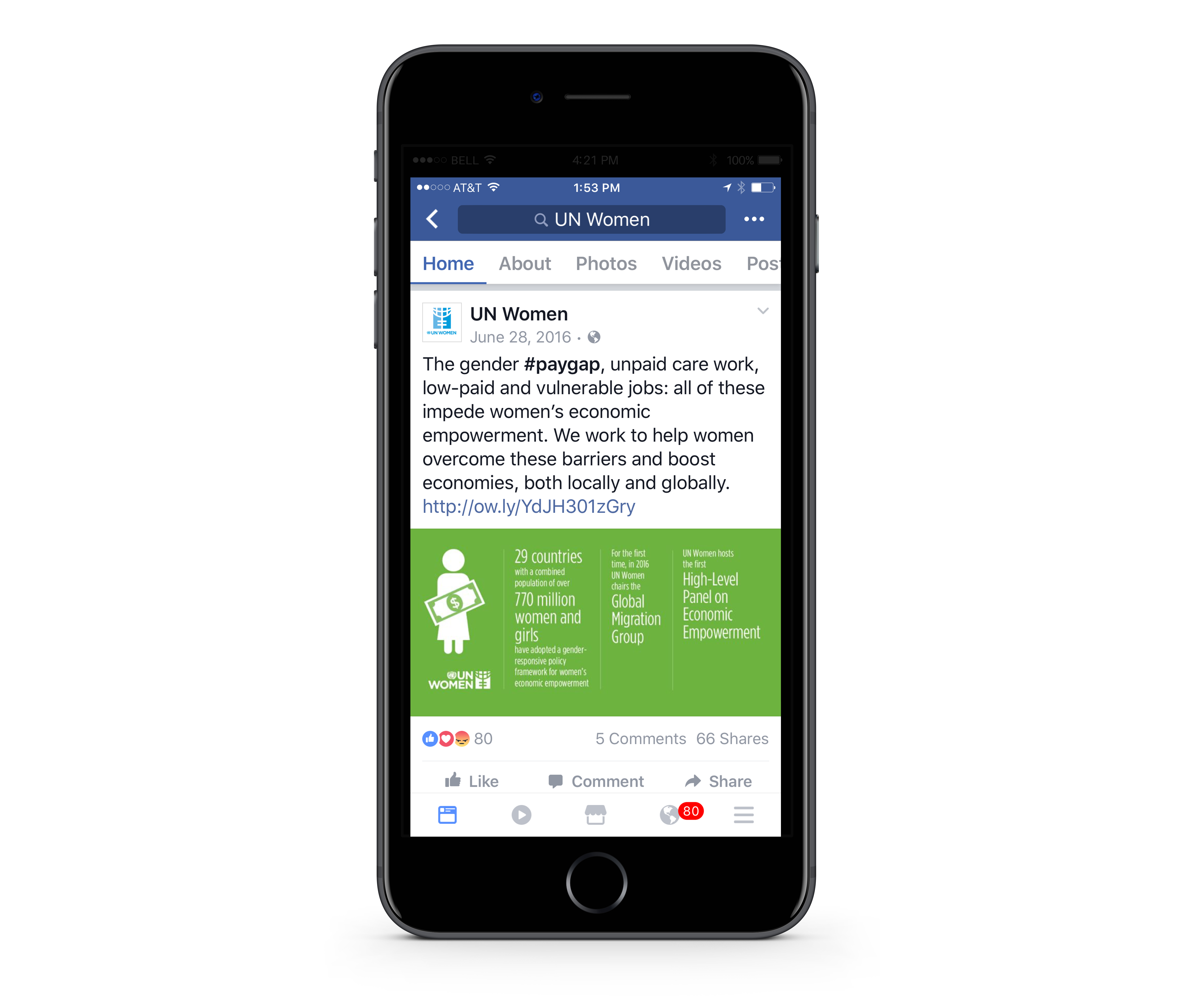 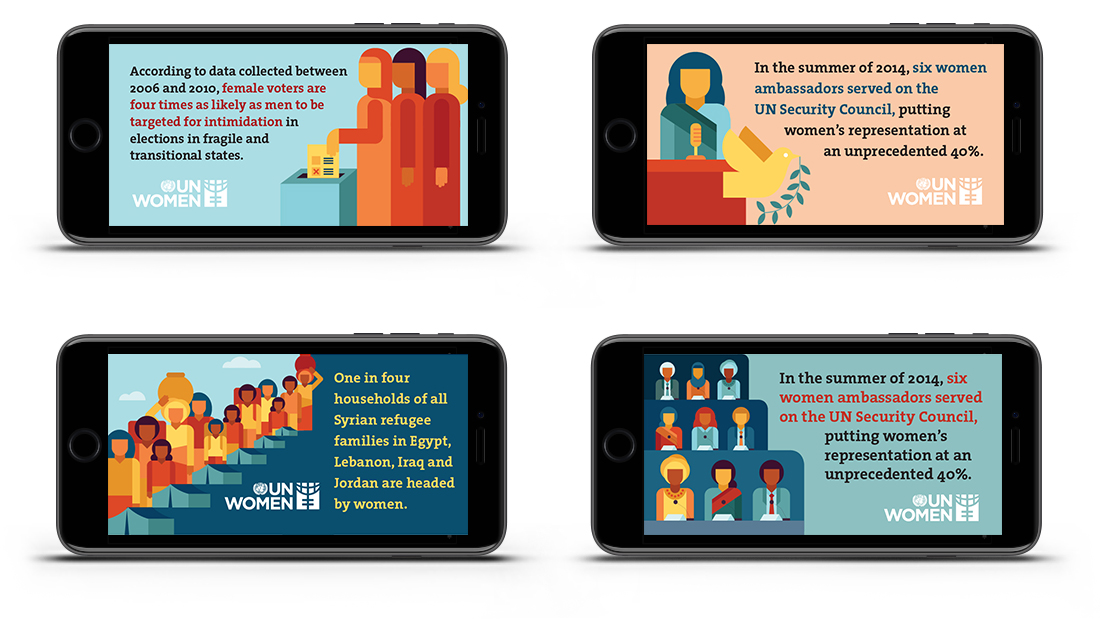 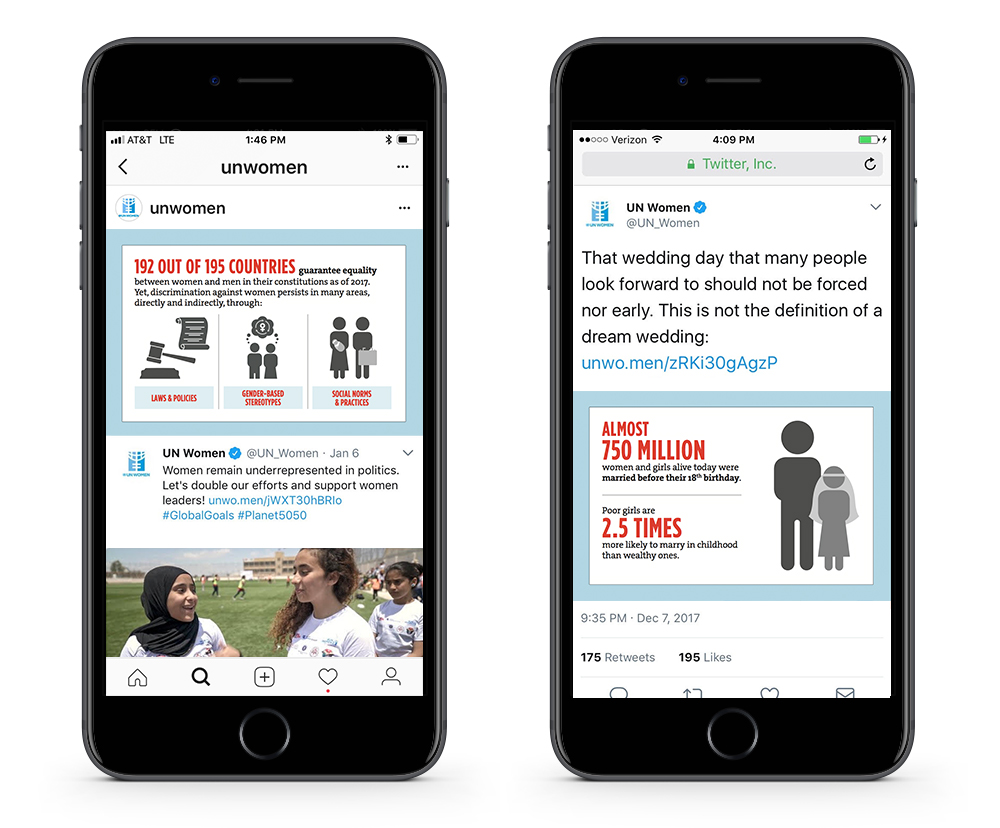 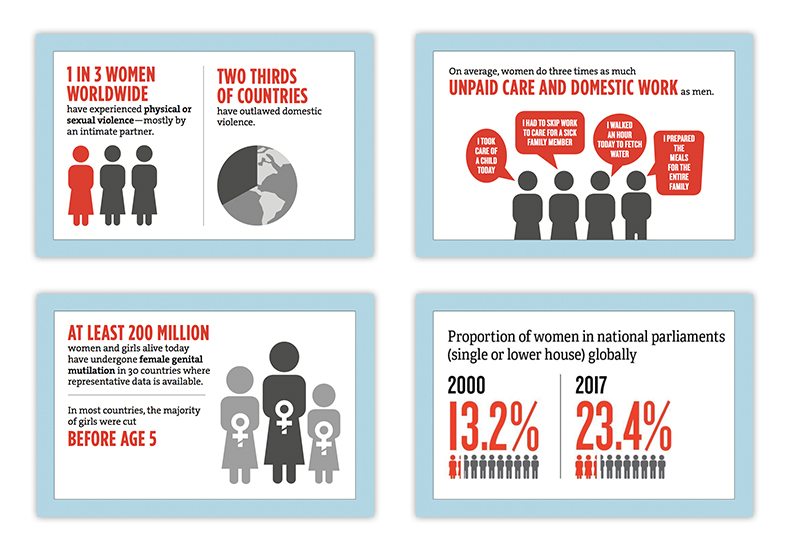